GET DIRECTIONS
CALL US
GET DIRECTIONSCALL US
MENU
About Dr. Luu Doan
MEET HUNTINGTON BEACH COSMETIC SURGEON
Dr. Doan’s education and training has helped to hone his surgical skills to handle the most difficult and demanding cosmetic challenges. He would like to share with you his academic career and life experiences which have molded his surgical philosophy. 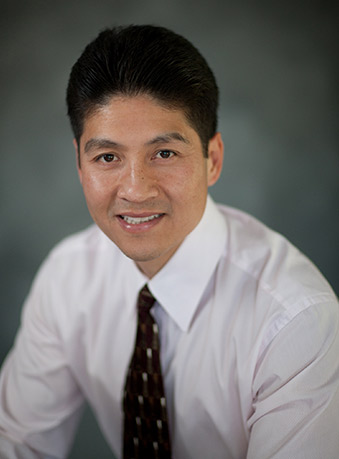 Dr. Luu Doan considers himself a native of Southern California. His parents, four brothers, and sister moved from Connecticut to Orange County when he was 8 years old. He attended elementary school, junior high school, and high school in Santa Ana before leaving for college at one of the most prestigious universities in the country, Yale University, in New Haven, Connecticut.

He graduated in four years from Yale with a Bachelor of Science degree in biology with honors. He then went on to one of the premier medical schools in the country, the University of Pittsburgh School of Medicine, in Pittsburgh, Pennsylvania. After four years, he graduated in the upper third of his class with his medical degree. He then went on to the next phase of his surgical training at the University of Arizona in Tucson where he completed his internship, residency, and chief residency training in General Surgery.

Doctor Doan then entered the final phase of his training as a Fellow in Plastic and Reconstructive Surgery at Dartmouth Medical Center in New Hampshire. He successfully completed his fellowship in plastic surgery in two years and returned to Southern California in 2003. Upon returning to Southern California, Dr. Doan began his practice in Tustin before moving to his present location in Huntington Beach.

After fifteen years in private practice and having performed nearly 10,000 cosmetic operations., Dr. Doan is confident that no cosmetic challenge is impossible to face head-on. The essential emphasis in any patient interview is honesty and candor.

The surgeon must be frank and truthful with the patient to make sure that they have a realistic expectation of what can be achieved given the limitations of the individual’s pre-surgical status. Any cosmetic procedure or intervention can enhance a person’s appearance and self-confidence; however, the outcome may not necessarily change one’s looks to match their ideal beauty or cause other people, such as a significant other or friend, to treat them differently. In addition to having a realistic expectation about their results, patients must also understand the basic steps of the procedure, the recovery phase of the procedure, and the possible complications associated with each procedure. It is the surgeon’s duty to educate his patients on these principles before undertaking any surgical intervention on his patients. The ideal surgical candidate is a psychologically stable patient who understands these principles. The patient must also have good family support and an active lifestyle which combines a balanced diet with regular exercise.
SCHEDULE A CONSULTATION WITH DR. DOAN
Huntington Beach (714) 500-0050

Thank You
Your consultation request has been received. We will be contacting you back shortly. See you soon!
Oops! Something went wrong while submitting the form.