GET DIRECTIONS
CALL US
GET DIRECTIONSCALL US
MENU
Brazilian Butt Lift
achieve a boost in self confidence
after this life-changing procedure.
Buttock Augmentation, popularly known as the Brazilian Butt Lift, is a surgical technique to enhance the projection of the buttocks by directly injecting a patient’s own fat into their buttocks.

For many years, the only technique available to augment the buttock was to place two silicone gel implants into the buttocks.  This technique has never gained widespread popularity due to the hardness of the implants and the very high rate of implant infections due to the proximity of the incision to the anorectal region.  An infected buttock implant would require immediate surgical removal and prolonged antibiotic therapy.

The newest trend in buttock enhancement surgery is to harvest fat from the patient by liposuction and to inject this fat directly into the buttocks.  The result is a soft, naturally feeling buttock which lasts a lifetime.  The risk of infection is also very low since no implant is used, just the patient’s own natural fat.  An additional benefit is that the fat is harvested by traditional liposuction from the areas of the body that need it most.  These areas typically include the abdomen, thighs, and back.  Therefore, the patient’s body is also contoured and thinned out with liposuction, which accentuates the projection of the buttocks.

Office staff are VERY friendly & informative! Dr. Doan is straight forward, he cares for his patients.
Ive referred over 8 people to Dr. Doan all very very happy with their results. Just had my 2nd surgery from Dr. Doan and it went PERFECT like always. No pain just a tiny bit discomfort. I recommend Bella Beach Bod to everyone! Oh and prices are amazing also
Valerie M.
The Buttock Augmentation Surgery
The Buttock Augmentation surgery is an outpatient procedure performed under general anesthesia in our medicare-accredited, state-of-the-art Newport Coast Surgical Center.  The operation takes approximately three to four hours to perform depending on whether or not other additional procedures are included.  The patient is monitored by an anesthesiologist throughout the procedure.
The procedure begins with liposuction of the abdomen, flanks, and the back.  The flanks and lower back should always be included because flatter contouring of these areas with liposuction dramatically accentuates the projection of the buttocks before and after fat transfer.  Additional areas of the body may be liposuctioned if additional fat is needed. The goal of the procedure is too remove the fat that lies beneath the deepest layer of the skin called the dermis and the most superficial layer of the muscle called the fascia.
The fat is then collected in a sterile canister and processed for the fat transfer process.  The fat is transferred into the fatty layer of the buttocks using a large syringe attached to a long stainless-steel cannula.  The fat is injected smoothly and evenly to sculpt the buttock into a round, full, and smooth dome.  The patient will then need to wear a compression garment that extends from the knees to the upper abdomen.  This garment is designed to compress the skin so that it retracts and heals tightly and smoothly after surgery.  The end result is a much younger, more projected, tighter buttock that is enhanced by the flatter, tighter surrounding body features produced by liposuction. 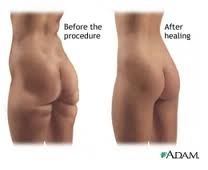 Only a thorough and candid discussion between you and Dr. Doan can determine the best surgical options for you.  Doctor Doan will discuss with you in detail every step of the procedure and he will review with you the possible complications of the operation.

The Recovery From Buttock Augmentation Surgery
Recovery from Buttock Augmentation is remarkably less painful than one might expect.  You will be prescribed medication for pain and nausea.  You will also be given antibiotics to prevent infection.  You will be given an elastic compression garment to wear that surrounds the thighs, buttocks, and abdomen to help the skin contract tightly and to minimize swelling.  You should expect swelling and bruising in all areas of liposuction and in the buttocks.  You should be up and about the next day to prevent blood clots from developing in the veins of the legs.  Swelling takes up to three months to completely resolve and bruising should resolve in two weeks.  Most patients can return to work by two weeks after surgery.  The buttocks will appear disproportionately large the day after surgery but you should expect that 30-40% of the fat will disappear by one month so that the actual size of the buttocks will not be apparent for 4 to 6 weeks.  Scars may take up to a year to fade, soften, and flatten.  By 3 months after surgery, most patients are highly satisfied with their results.  Doctor Doan and his staff will guide you through the entire recovery period to make sure that it is as smooth as possible.

Pulmonary Thromboemboli:  Pulmonary Thromboemboli is a blood clot which forms during your liposuction procedure that can break free and travel to your lungs. However, the methods used today usually decrease the incidence of bleeding during the procedure, and therefore larger blood clots are much less likely to form. Symptoms include difficulty breathing and severe fatigue. The incidence is rare in liposuction.

Fat Emboli:  Fat Embolism is when a small piece of fat breaks free and is absorbed by a blood vessel. The fat can travel to your lungs, brain and heart. The symptoms are similar to pulmonary thromboemboli. This risk is also rare, but worth mentioning.

Contour Deformities: The risks of liposuction include dents, lumps, waviness and other contour irregularities from aggressive over-suctioning in one area. This is usually the chief complaint of patients. Liposuction is not an exact and precise method of fat removal, but with newer machines, it can be pretty close. This is why it is imperative to go to a surgeon who is experienced and skilled at the art of body contouring.

Asymmetry:  Because liposuction is performed in bilateral areas of the body, asymmetry can result if one side is larger than the other.  This may require touch-up liposuction no sooner than 6 months later when all the swelling has resolved. 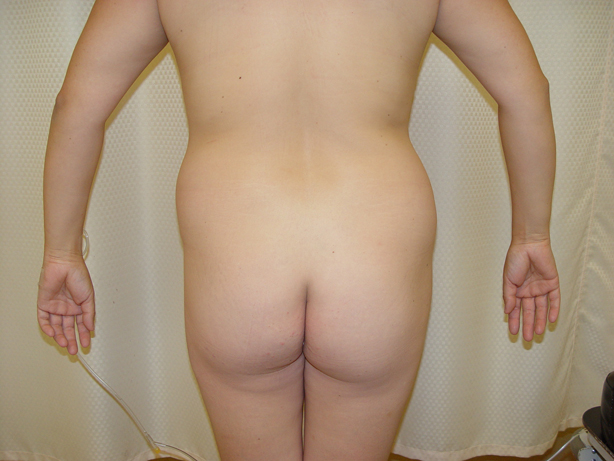 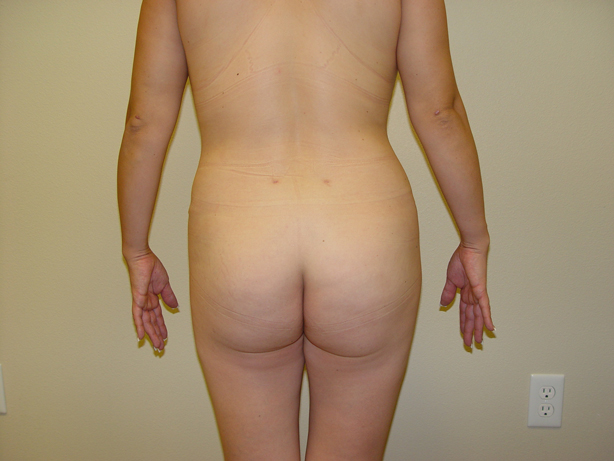 Patient #1: This is a 30 y.o. female who has two kids and noticed that after each pregnancy, her lower back had gotten thicker and her buttock looked flatter. She also lost the curvature in her waistline and her abdomen was getting bigger. She underwent tummy tuck with liposuction of the flanks and the lower back. The fat was transferred into her buttocks. She can now show off her flatter tummy, hour glass figure, flatter back side, and more projected buttocks. She remarked that she feels like a whole new person. 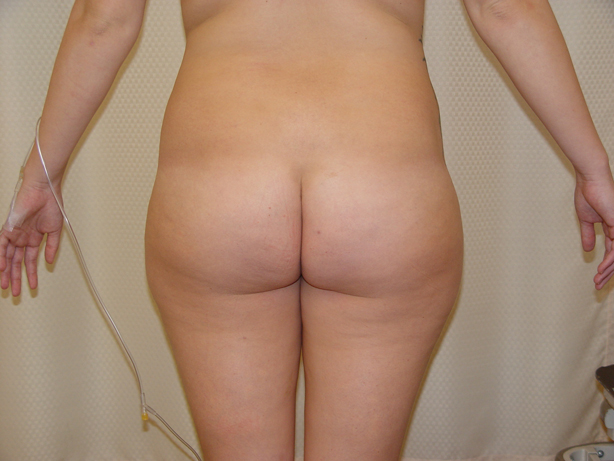 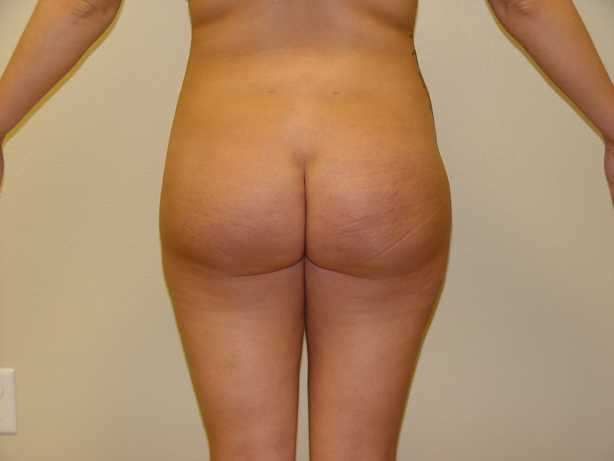 Patient #2: This is a 26 y.o. female who complained of excess fat in her abdomen, flanks, lower back, and outer thighs. She was most concerned about her flat buttocks. She underwent liposuction of the abdomen, flanks, lower back and outer thighs with fat transfer into the buttocks. Her abdomen and waistline are now much slimmer and her buttocks are much more projected. She loves the fact that she is able to wear a bikini without being self-conscious. 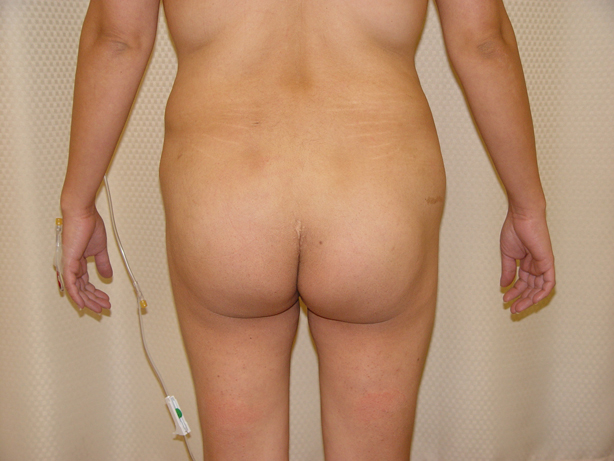 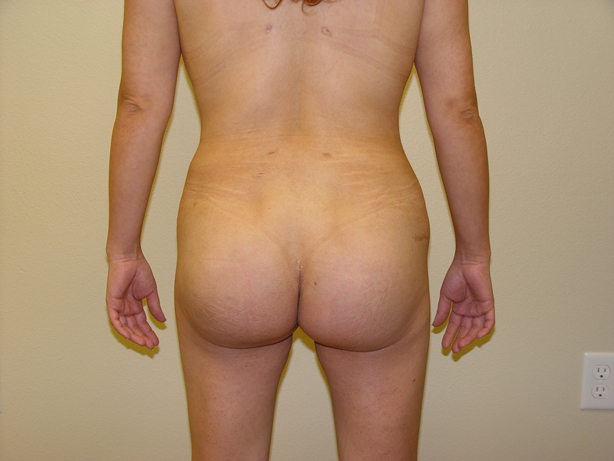 Patient #3: This is a 40 y.o. female who was heavy in the trunk, especially in the back side, which made her buttocks look disproportionately small. She felt very top-heavy relative to her legs. She underwent liposuction of the abdomen and back with fat transfer into the buttocks. She is thrilled about her bigger, more defined buttocks and flatter waistline which makes her entire body more proportionate. 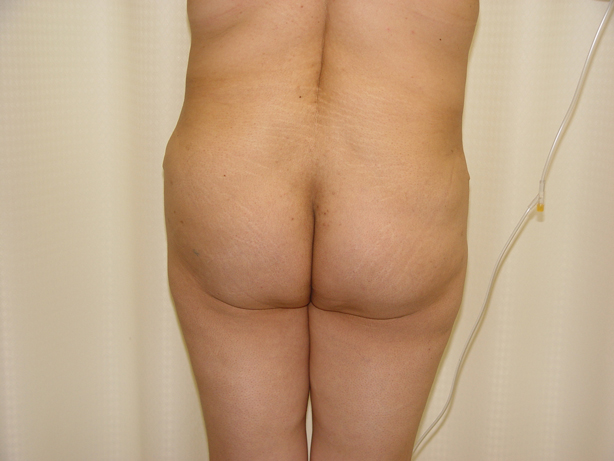 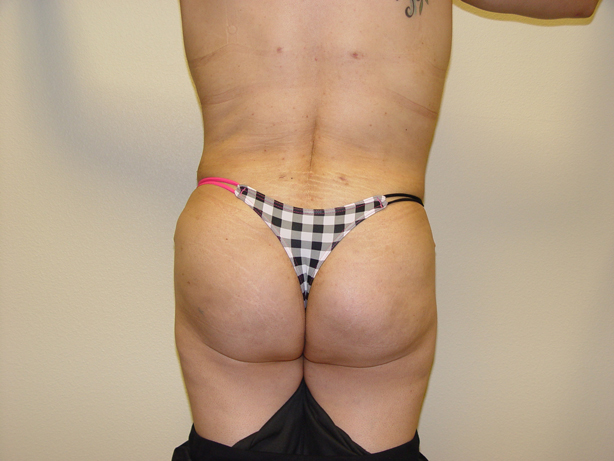 Patient #4: This is a 45 y.o. female who noticed that as she aged, her waistline kept expanding and her buttocks appeared to be shrinking. She underwent liposuction of her abdomen and back with fat transfer into the buttocks. Her abdomen, backside, and waistline are now much slimmer. Her buttocks project impressively like that of a twenty year old. 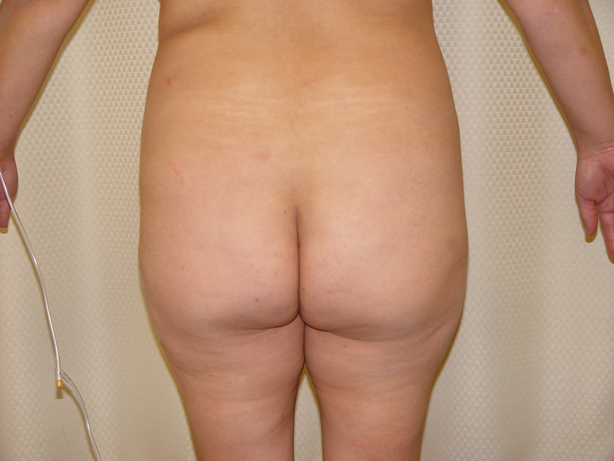 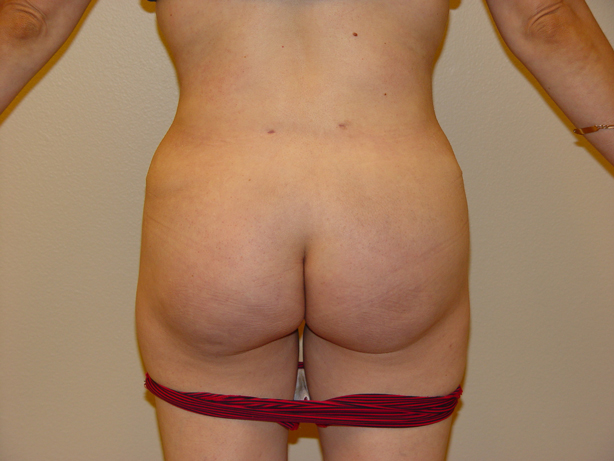 Patient #5: This is a 33 y.o. female who has always been heavy in the truncal region which includes her abdomen and back. She has never had definition or separation between her lower back and her buttocks as they seem to merge into one structure. She underwent tummy tuck with liposuction of the love handles and the backside. The fat was transferred into her buttocks. With a slimmer waistline, she now has a clear distinction between her lower back and buttocks with noticeable projection of the upper buttocks.
SCHEDULE A CONSULTATION WITH DR. DOAN
Huntington Beach (714) 500-0050

Thank You
Your consultation request has been received. We will be contacting you back shortly. See you soon!
Oops! Something went wrong while submitting the form.